Continuing with the synthetic tests we see that once again the XPG Caster’s EXPO profile offers sizeable performance gains. To truly get the best from the memory however, overclocking is the way to go. Adding nearly 1,000 points to the memory score from DDr5 5200 to DDR5 6400.

7-Zip is another benchmark in the Batchmate Suite that is sensitive to DRAM performance. The graph scaling makes the score differences bigger than they should be, but even at DDR5 5200, AMD’s platform offers good if not consistent performance. 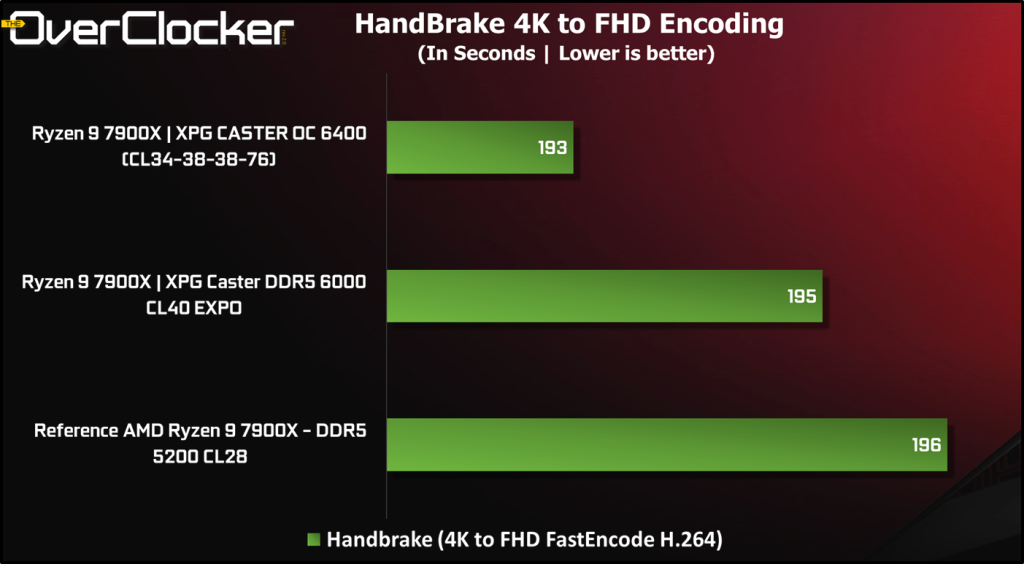 Next, are the rendering and 3D Benchmarks