In CrystalDiskMark as is often the case, is where we see the claimed peak performance of the drive exactly as on the box. This is exactly what ADATA claims the SU750 can deliver at 550MB/s read and 530MB/s write. The sequentila write number is actually higher, but its well within reason. Where you see, the drive show it’s entry-level roots is in the QD1 1T read performance.I would expected the numbers here to be reversed, but alas they are what they are. 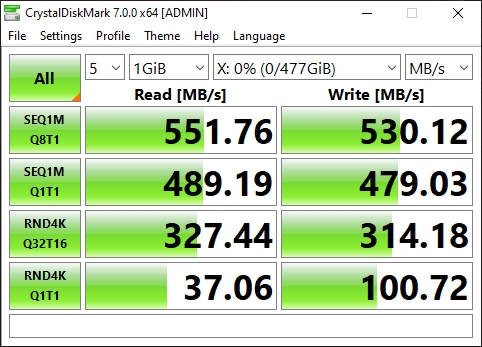 The simple yet reliable ATTO DiskBenchmark much like Crystal DiskMark above manages to produces the same 550MB/s read and 520MB/s + write figures with 256Kb and higher blocks. 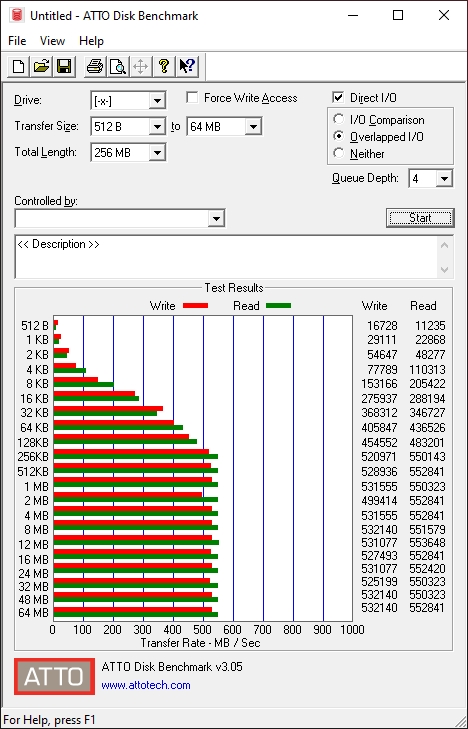 In terms of theoretical peak performance ADATA’s claims are true. As I had mentioned before though, the HDTune numbers on the previous page represent the worst case scenario, while these numbers are best case.