First up is AS-SSD and the old Anvil Storage Utilities test. AS-SSD doesn’t quite get to the numbers promised on the box, but they are close enough for me. The scores in this benchmark have improved over the years and as such, a score of 1012 is on the low side. As you will see however, other benchmarks do get to the claimed sequential transfer speeds. I honestly wouldn’t place too much emphasis on the slightly lower than expected numbers. 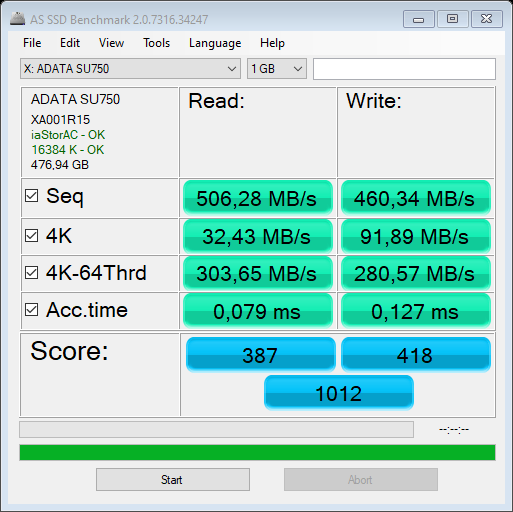 When we switch to the IOPS view, we can clearly see the SU750 doing better than the claimed peak numbers with 77K IOPS in read operations and 71K IOPS in writes. Rather impressive, but again more academic than anything else. Still, it validates ADATA’s claims about the drive, a good showing by all accounts. 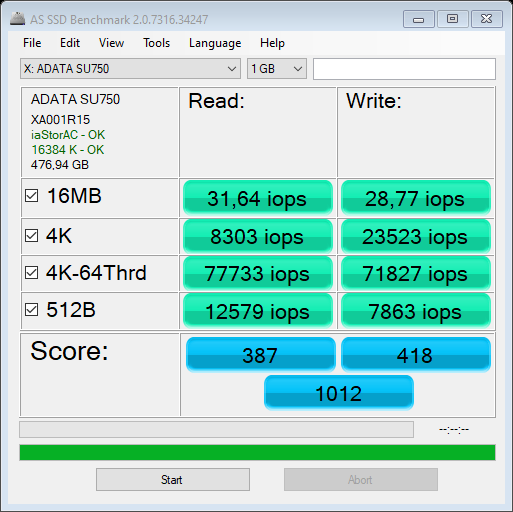 Below we find the Anvil Storage Utilities benchmark, which shows lower numbers than AS-SSD, but does not deviate much in the IOPS numbers. 4K QD16 numbers are a little lower than the ones recorded by AS-SSD- but that comes down to the different Queue depth values  I suspect. For interests sake, the lesser ADATA SU630 delivers a total score of 3,083, which is quite a bit slower. 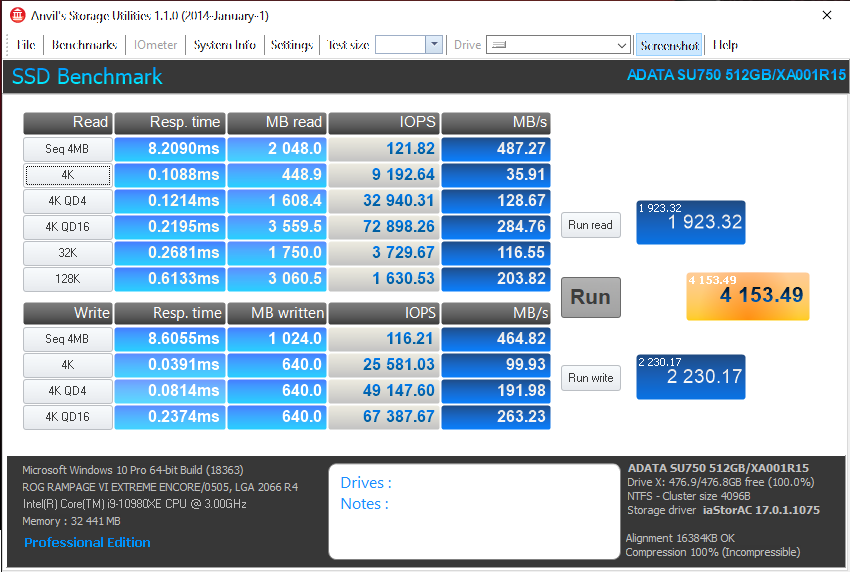 There are 2.5″ SSDs which score much higher than this, but they also happen to cost a lot more. For pure solid state storage the SU750 is more than adequate according to these benchmarks.