This is a typical 2’5” SSD so in terms of drive packaging there’s nothing to report. Unlike with m.2 drives, there’s really no heat related throttling issues to be concerned about and drive performance remains fairly constant (at least after the SLC cache is filled). The SU750 is particularly light (PCB inside is really small), so if you’re re replacing an older 2’5” mechanical drive in a notebook, this will shave off some weight. Outside of that there’s really nothing to report on the packaging, it’s as standard as standard gets. 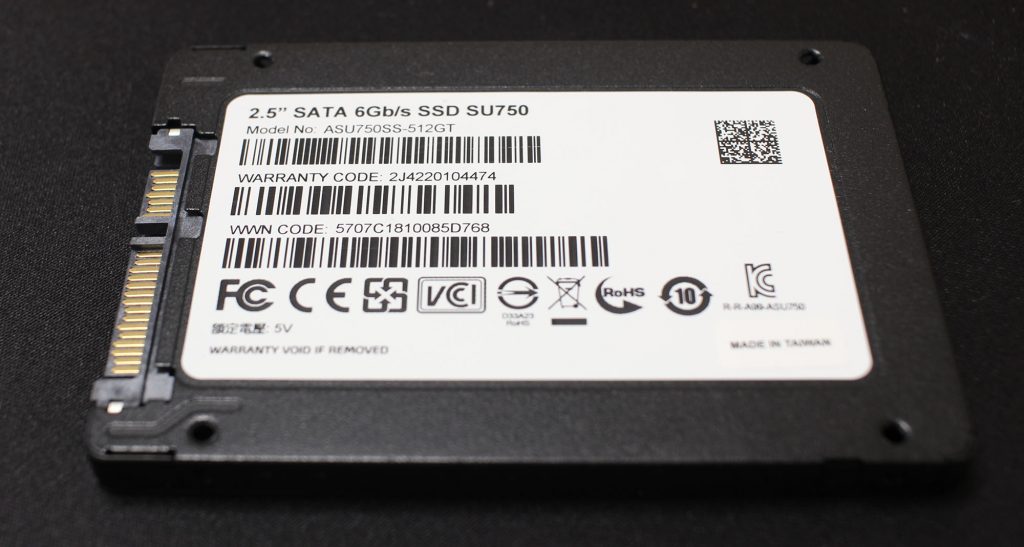 Below you can see the Realtek RTS5733 2-channel controller. One of the first to come from Realtek which is known for offering up various budget ICs from network controllers, audio codecs, and much more. This is the first drive I’ve ever used with any Realtek controller, so it’s not easy to determine if this is the best it can do or is it’s somehow limited to helped by how ADATA has implemented it here (firmware tuning etc).

The ADATA SU750’s tiny PCB uses a two chip Micron TLC NAND solution. The 1TB model uses four chips with two on the underside, however performance seems to be identical as per the specifications across all capacities (256, 512 & 1TB). As it stands the 1TB model offers the best bang for buck, but the 512GB model we have here is close enough. The 256Gb model however, I’d not bother with.

You are here: Page 2 – General Overview