HDTune is by far the toughest test out of them all here. What the benchmark reflects is that in some scenarios, possibly when the SLC cache is full, the SU750 goes down to mechanical drive levels of performance. Well, at least high end mechanical drive performance. At a 245MB/s average its certainly not setting any performance records, but it is serviceable. I would have expected and wanted to see slightly higher numbers here, but again one must remember that this is an entry-level drive. 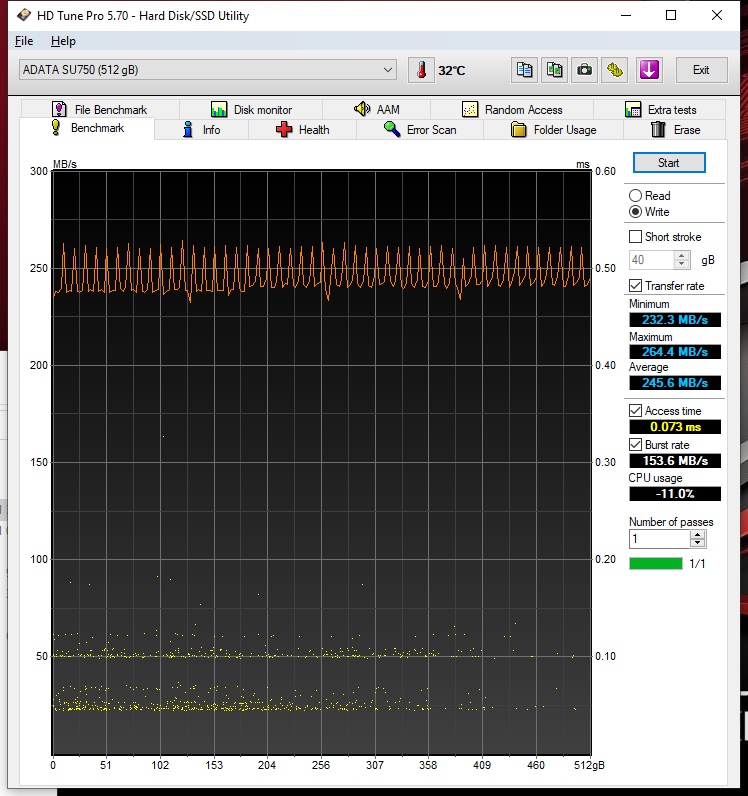 As always read performance is faster than writes, so we see an average of 336MB/s which is obviously higher than what any mechanical drive can give you. From what was observed with the write performance, I can’t say this was not expected. It’s not great performance, but it is acceptable. The consistent performance without massive drops or deviations in sequential reads is appreciated. I would not pay too much attention to the CPU usage value as it doesn’t make any sense. 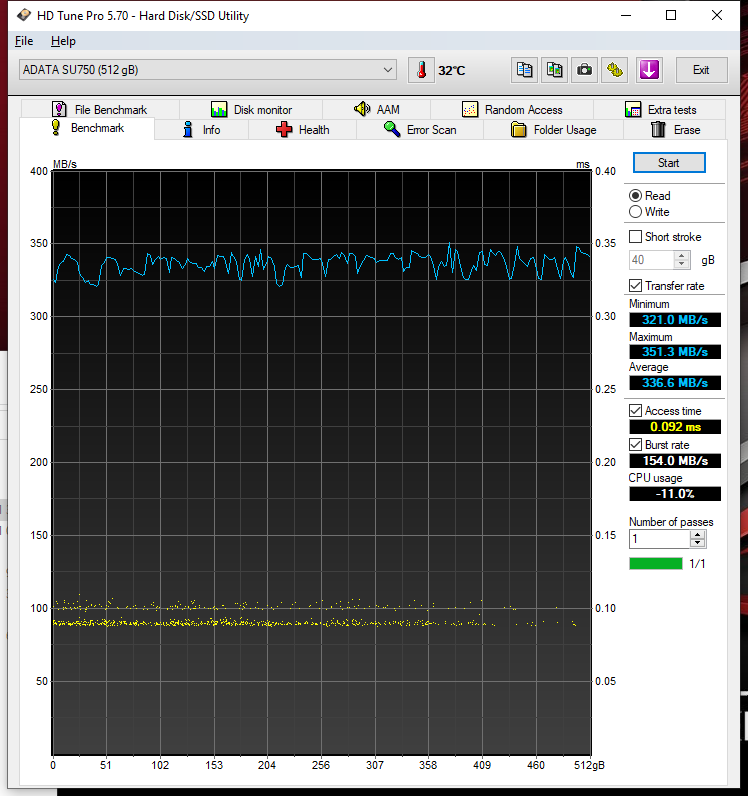 Random read performance in this benchmark peaks at 506MB/s which is again acceptable for the most part. I was not expecting anything amazing here and of course the numbers which came before are consistent with this result.

Overall HDTune 5.7 showed the lowest performance for the drive, so it’s more of a worst case scenario. In all fairness, I do believe this Benchmark is more relevant for the SU750 than the others. The other suits tend to measure peak performance when the SLC cache is not full and as such are not able to tell you what to expect when you’re doing heavy write or read operations with larger file sizes.