It’s a six core part so naturally you’d expect it to draw less power, but it isn’t always the case. In peak power values for Prime 95, it actually does worse than the Core i9 9900K. I’d not place too much emphasis on that however, as Prime95 isn’t a realistic everyday load (neither is Cinebench for that matter) 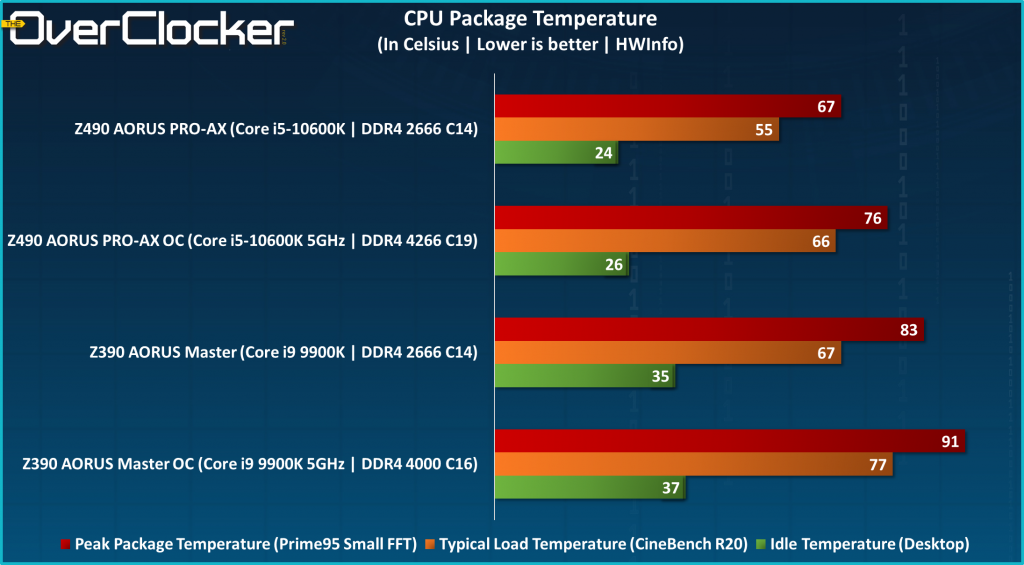 Package temperature is for reference and not absolute values. The CPU runs cool even when overclocked on the PRO-AX. Since testing is done on an open test bench, I would add about 5’C to every temperature to better represent conditions within a case. 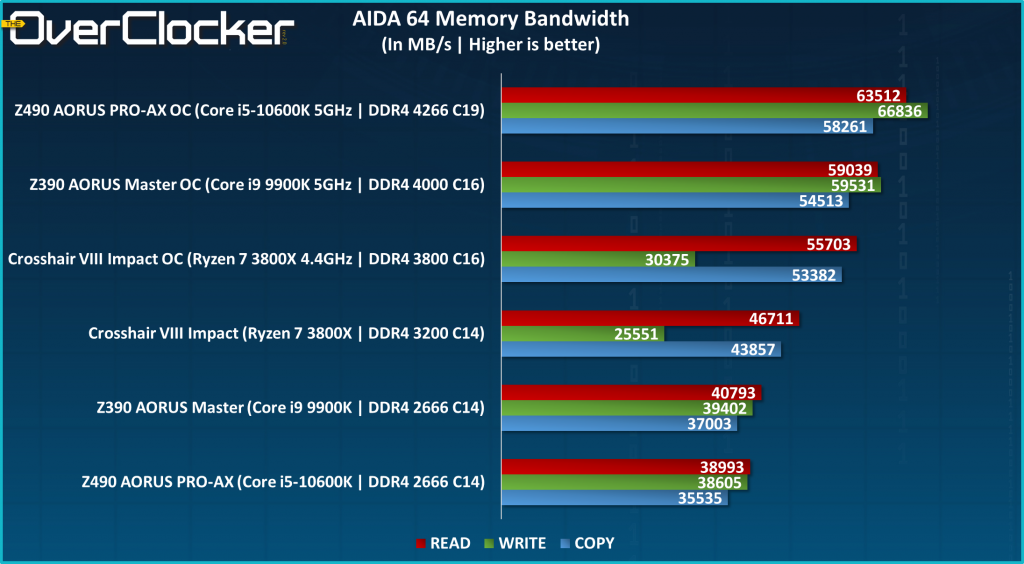 Memory bandwidth is not surprising. DDR4 4266 is always going to show good numbers. Again, this motherboard can do a lot better than this, so look at these numbers as the minimum you should be able to achieve as DDR4 4267. 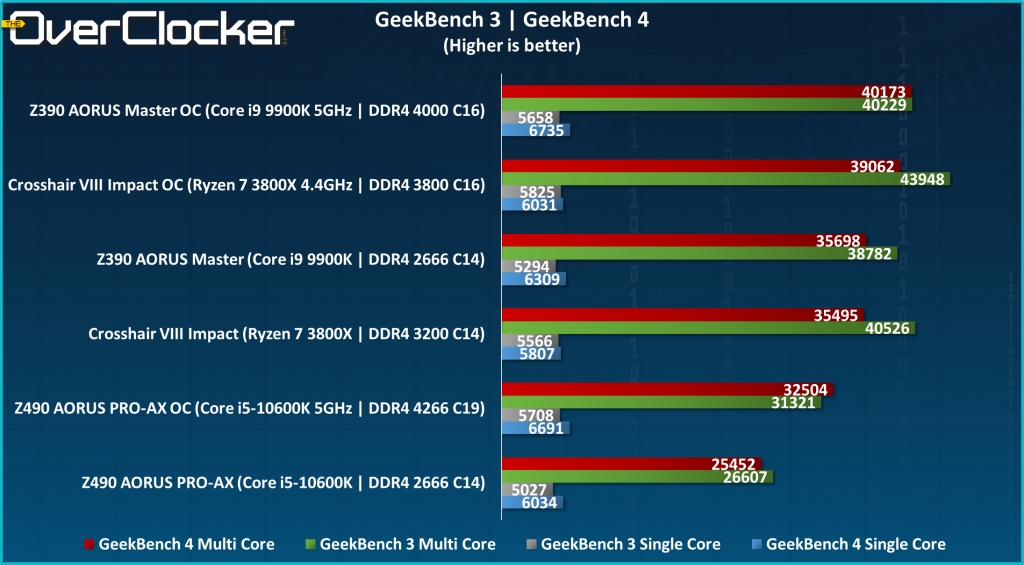 In as much as GeekBench is highly sensitive to memory, it is also heavily threaded and there’s not anything the motherboard can do about that part. With more DRAM tuning the numbers could be improved.

You are here: Page 6 – Benchmarks