Always up for offering a better audio experience than the rest, GIGABYTE has fitted the PRO-AX with a Realtek ALC1120-VB CODEC, WIMA audio capacitors, and Nichicon fine gold capacitors. Additionally, audio is routed on a separate PCB layer from the power plane. All that may not mean much, but suffice to say, you’ll get great audio from the board. We are at a point where appreciating these differences in audio quality is increasingly challenging, especially with many great software suits layered on many motherboard solutions. 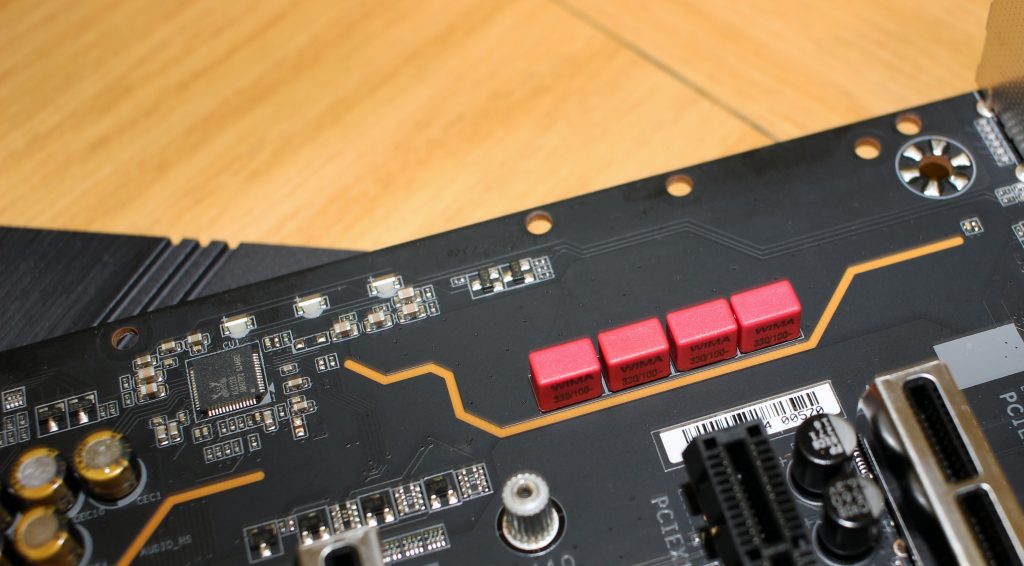 According to the specification, the PRO-AX offers dual PCIe 3.0 x4 M.2 sockets. As you can see in the image below, there’s room for three such drives. The topmost socket unfortunately, will only be usable with the next generation of pin-compatible CPUs. As such, the PRO-AX will eventually support up to three M.2 PCIe drives.

The two sockets which work right now feature the almost mandatory M.2 heatsinks which are fortunately separate from the chipset heatsink. 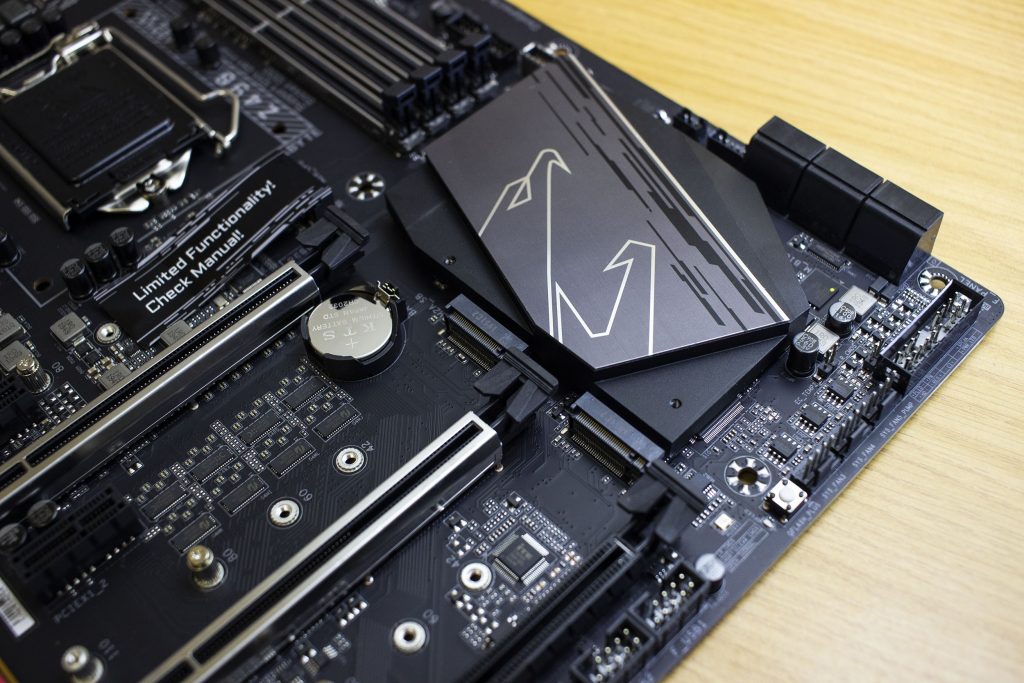 The X570-Plus has no on-board buttons, not even a bios reset button which is rather unfortunate. It’s a generally sparse board, but the black and grey pattern with hints of yellow hide this fact quite well. Despite its budget nature, it features RGB lighting (albeit in one location) and six fan headers, which is more than the five I consider the minimum for a full ATX board.

From the general layout the Z490 AORUS PRO-AX looks as if it is a stripped down version of a premium board. I wouldn’t say it’s the most attractive in GIGABYTE’s Z490 lineup, but it does look solid and serious.