Power on the Z490 Taichi is courtesy of a 14-phase Dr. Mos power stage solution. The PWM controller assigned to this is one Reneses ISL6296 with ISL6617A doublers and 50A SiC654 Power stages. How you feel about this implementation will depend on how adept you are with micro electronics. For someone such as myself and many others, being able to provide up to 600A to the CPU reliably is more than enough. I can’t imagine a context where this socket has a CPU capable of drawing more current than this. So, from where I am and without the means to test this PWM system directly, one has to accept ASRock’s claims about its efficiency. 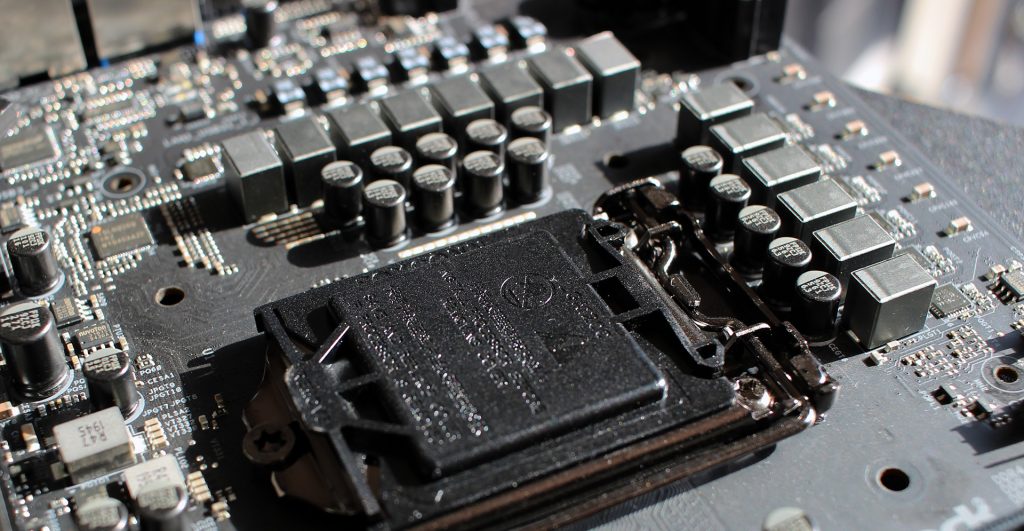 The Reneses ISL6296 is present on several competing boards in various configurations, including a direct 12 phase solution without phase doublers. 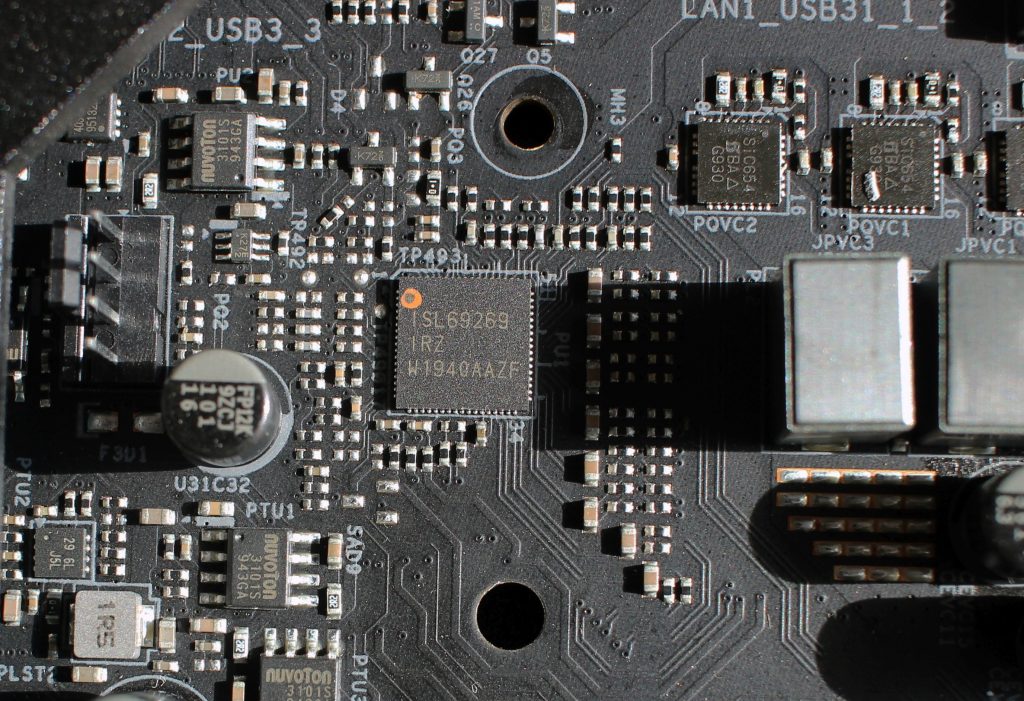 Some will wonder how is it that ASRock speaks highly of their PWM solution, yet the Z490 Taichi finds itself in need of a fan? It is a valid question and poses valid concerns from potential users about these fan’s longevity. ASRock claims the active fan design lowers temperatures by as much as 15 degrees celsius for the PCB. They also rate the fans in question at 50,000 hours, which translates into 5.7 years of continuous use.

Without the active fan cooling, mosfets on the Z490 Taichi using a 5GHz 10900K result in mosfet and PCB temperatures of 91 and 100 degrees, respectively. I would imagine a more robust heat sink solution is the solution as opposed to resorting to active cooling. That said, the fans are quiet enough under normal operation and even under load, you’re unlikely to know they are on.