The ASRock X570 Taichi for the most part is exactly  what you’d expect from a mid to high end board using the X570 chipset. That’s  to say it features Wi-Fi 6 and Bluetooth 5.0 for wireless connectivity. Gigabit Ethernet from Intel and the plethora of USB 3.1/3.2 ports and headers courtesy of the chipset and CPU.

Audio is taken care of by Purity Sound 4 featuring the familiar ALC1220 Audio Codec with DTS connect. The op-amp of choice is another familiar NE5532 all of which is capped off by the Nichicon Fine Gold capacitors. This solution does the job, good enough to drive almost every single set of headphones on the market. One would have appreciated a better software suit for the audio via Sound Blaster software or something similar but it’s nowhere to be found. Not a train smash in the least especially given the retail price of the board. 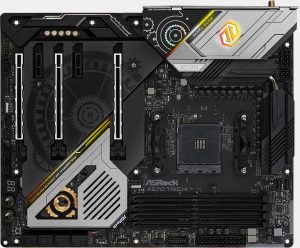 Concerning headers on the board, the X570 TaiChi has a modest number of fan headers, six in total, which is only skinny side, but workable. For the those that care for RGB Led strips, there’s a single addressable LED header (5V/3A 15W) and another RGB header (12V/3A 36W). I can’t tell you if this is exceptional or not as one has zero expertise or knowhow when it comes to RGB lighting strips.  What I can say though is that it seems to be the same as on many other boards, both within ASRock’s line-up and the competition.

The last bit worth mentioning are the on-board buttons. There’s the typical Power, Reset and ClrCMOS button, and that’s about it. No LN2 mode, Retry, Safe Boot or anything of the sort. The board has a secondary ClrCMOS button located on the rear panel I/O. Normally this would be somewhat disappointing considering there are no voltage measuring points either.

That said, for the retail price and what this board actually delivers in performance and ease of use (which I will get to later), this is again not a train smash. Such on-board buttons aren’t necessary when overclocking and not usable within a case. 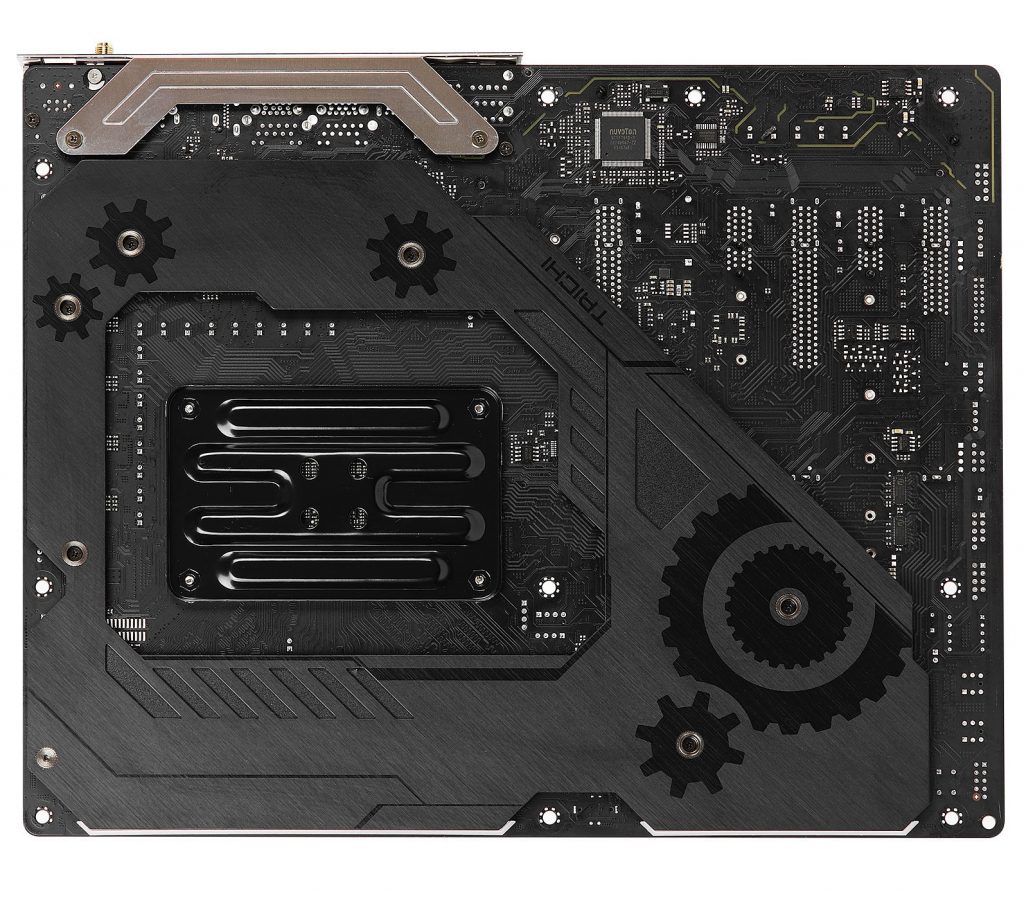 The rear of the ASRock X570 Taichi features an aesthetic backplate which doesn’t serve any material purpose but does look rather nice*.

You are here: Page 3 – Hardware – Continued