Audio on the X570-Plus is powered by the Realtek S1200A codec, to which layers of software is used to improve the audio performance. The audio signal is on separate PCB layers from the power plane and an audio cover is used for shielding. The quality is more than serviceable for everyday use, but far from being anything noteworthy. If for some reason you still have a dedicated sound card, you’ll likely want to hold on to it. Worth noting is the DTS Custom support which – depending on the game – can further improve the audio experience quite noticeably. 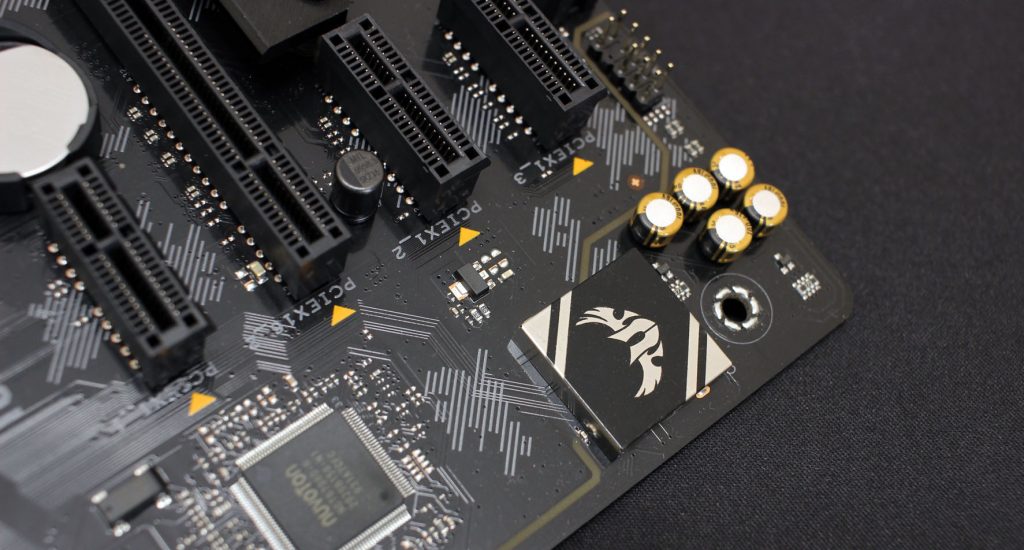 The X570-Plus is generally well laid out, but I do question the number of M.2 heat sinks. Only the secondary socket, wired to the chipset has cooling. It also happens to be the socket which doesn’t need as much cooling. As result of this socket’s proximity to the chipset fan, it’s exposed to moving air which assist with cooling any installed drive. In contrast, the primary socket wired to the CPU and exposed to heat from the back of the GPU receives no such considerations. As such, I’d use the socket wired to the chipset exclusively or at the very least use only an SSD with a beefy heatsink. 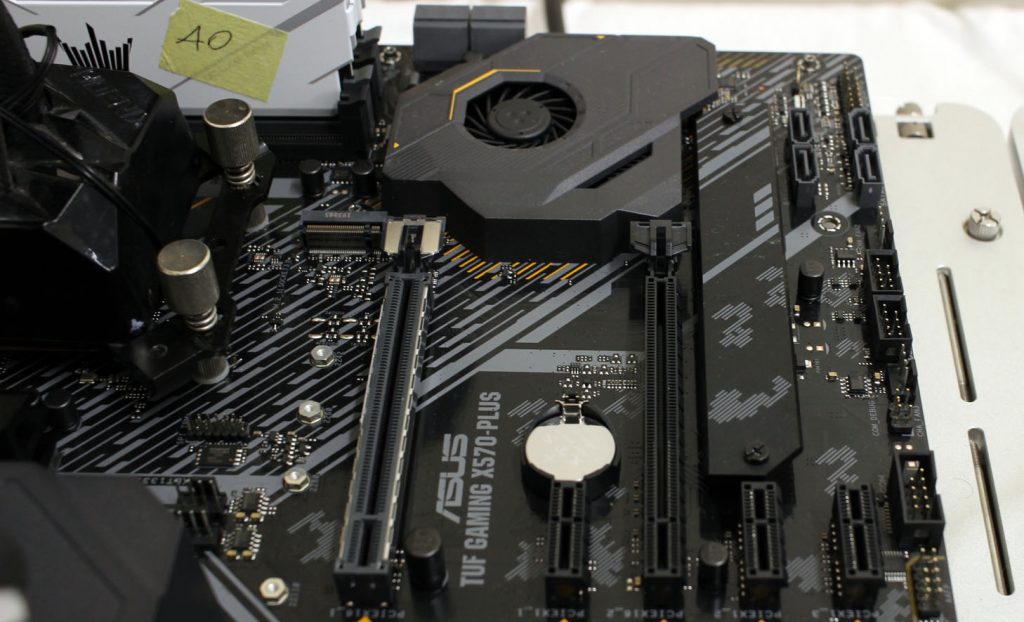 The X570-Plus has no on-board buttons, not even a bios reset button which is rather unfortunate. It’s a generally sparse board, but the black and grey pattern with hints of yellow hide this fact quite well. Despite its budget nature, it features RGB lighting (albeit in one location) and six fan headers, which is more than the five I consider the minimum for a full ATX board. 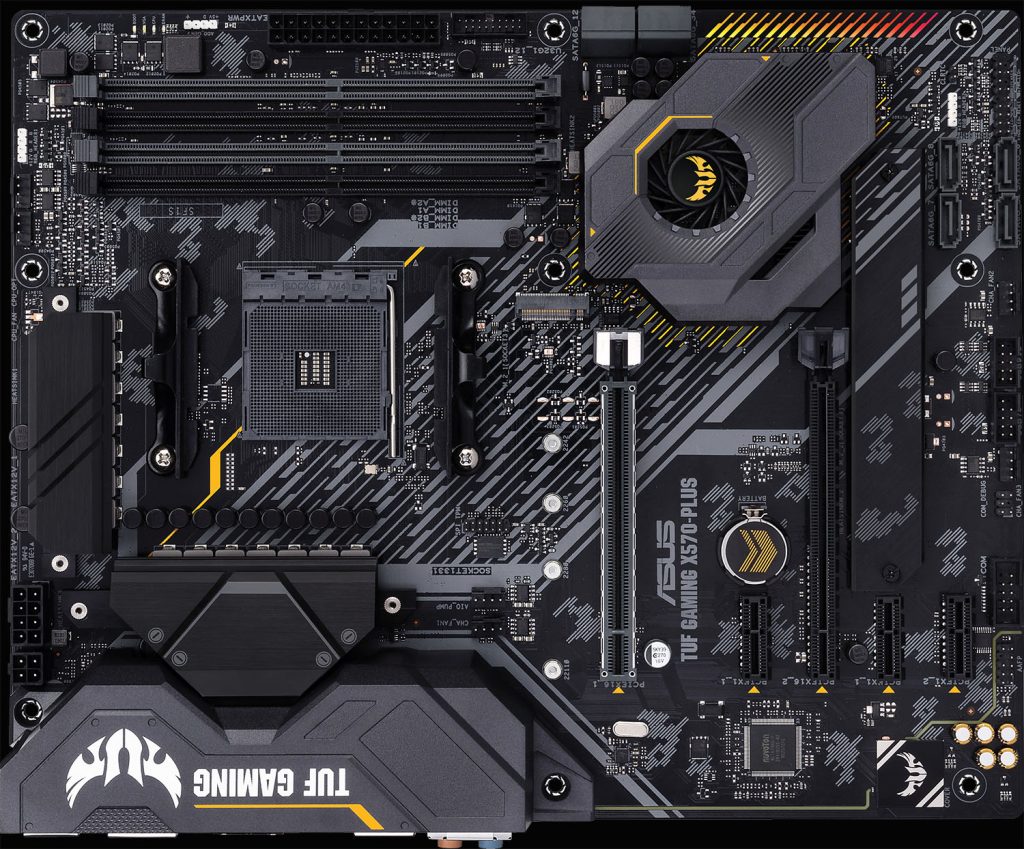