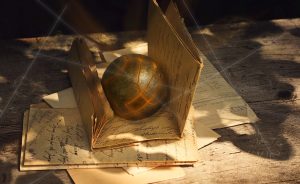 Fans of the Assassin’s Creed series are eagerly anticipating the release of the Viking-themed Valhalla this Fall, on the back of the success of the last two titles. The series lost its way on the current generation of consoles, with both Unity and Syndicate treading the same tired themes, but since Origins, fans have been treated to an immersive game with RPG elements that has got it back on the right track. Odyssey was a commercial and critical hit, and the latest installment promises to be the best yet.

With that promise comes fresh demands on your setup though. Games can move quickly in a year and often new titles need vastly powered up systems to run when compared to their predecessors. That wasn’t the case with the last Assassin’s Creed games, as Odyssey placed less demand on your PC than its predecessor, Origins. Sadly, for PC gamers at least, Valhalla is set to test your machine’s capabilities to the limit.

All those extra features and gorgeous graphics come at a cost, and Valhalla is the most demanding Ubisoft title to hit the PC gaming market. What passed for Ubisoft’s recommended 4K spec in the last title is now only suitable for High at 1080p on the upcoming release. Valhalla aims to deliver 30fps speeds at 1920×1080, as Odyssey did, which should just about be manageable for those with a reasonable setup. Several of the big releases this year, including Death Stranding and Baldur’s Gate 3 list the Nvidia GTX 1060 and AMD RX 570 as the recommended GPU, which matches Valhalla. However, that will be enough for 1080p, not 4K.

Essentially, if you have been playing Odyssey at 4k over the last two years, Ubisoft is suggesting the same spec machine will now only allow you to play at 1080p on High. They may be conservative in their PC requirements, but if it is the case that could cause some consternation for gamers excited at the release. The reason for the increase is believed to be a reflection on the situation with consoles, with Valhalla being developed for the next generation, meaning Ubisoft has been able to push boundaries more. That, in turn, means a higher demand placed on the PC release to deliver a like-for-like experience.

The game will also be released for the current generation of consoles as well, making it comparable to the excellent Black Flag which was a crossover title. It was also a commercial success, arguably the strongest title of the three PlayStation 4 and Xbox One releases. It introduced gamers to seafaring missions, touched upon in the American Revolution-themed Assassin’s Creed 3. 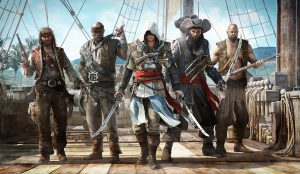 One of the series core strengths is the settings in which they take place, drawing from historical figures and settings, as well as recognizable themes. Origins took players to ancient Egypt, whilst Odyssey had the protagonist fighting cult members across ancient Greece. Both settings drew from elements of mythology, as well as historical accuracy, to deliver an immersive and believable story. By using common themes and places, they strengthen the game’s wider appeal and their ‘pick up and play’ attraction; there is no fictional land or fantasy world to try to learn about. It is a common tactic with developers across several platforms – from console to mobile games – to use settings that can instantly be embraced and enjoyed. There are several key games based on the same themes featured on gaming site FoxyBingo, including Centurion Slingo and Slingo Fortunes – both leaning on the themes also seen in the Assassin’s Creed games. Other titles across consoles also draw context from these popular time periods, including Tomb Raider, Age of Mythology and God of War.

Whilst the appeal for gamers is in no doubt due to the historical accuracy and identifiable landmarks, there will be some worry at the spec required to play at 4K on PC. Ubisoft will hopefully have balanced system demands with game function to ensure that, once again, they come up with a hit game for franchise fans to revel in.