Despite the seemingly boring design, the Corsair M55 RGB PRO is actually rather comfortable in the hand. Thanks to its light weight, the first impression is that the mouse is fragile. Most lighter mice have holes in the shell, while keeping the shell fairly thick. Without the holes, you get the impression that it has a low budget shell, but this is not the case. The shell is actually extremely rigid, so the budget feeling is purely psychological. 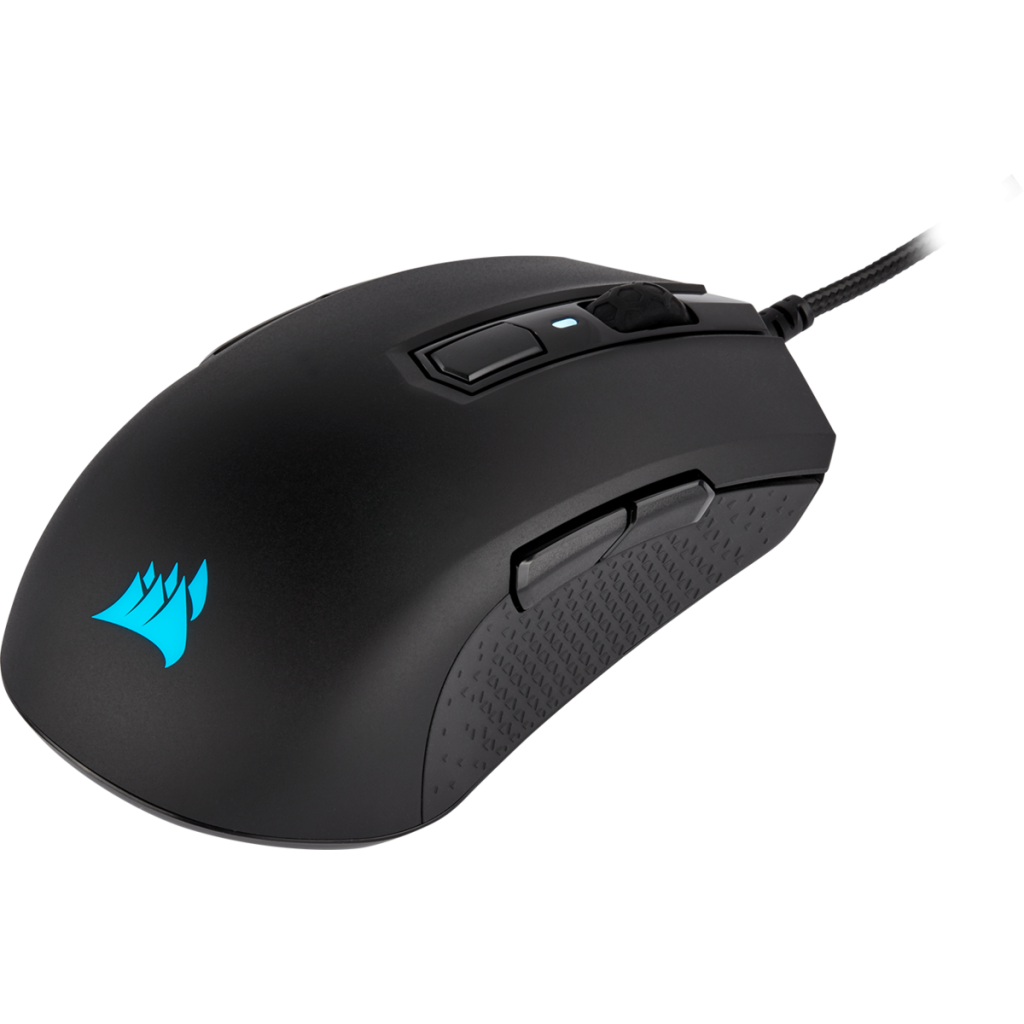 The shell of the mouse provides decent grip, even after extended use with sweaty hands. This combined with the rubber grips and light weight mean that you always have full control of the unit.

Configuration is quick and easy if you know your way around iCUE, but still simple enough if you don’t. The M55 RGB PRO lacks some of the more advanced features of higher end Corsair mice. Unfortunately one of these missing features is lift-off distance, which is around 5mm. This made for some inaccuracies when repositioning the mouse. Another missing feature is angle snapping, so graphics designers might want to give this mouse a skip. On the upside, although there is no option to enable it, acceleration is a non-concern. One last gripe is the Corsair M55 RGB PRO only has a single CPI selector button. This means that you have to scroll through the entire CPI range instead of backwards and forwards at will. 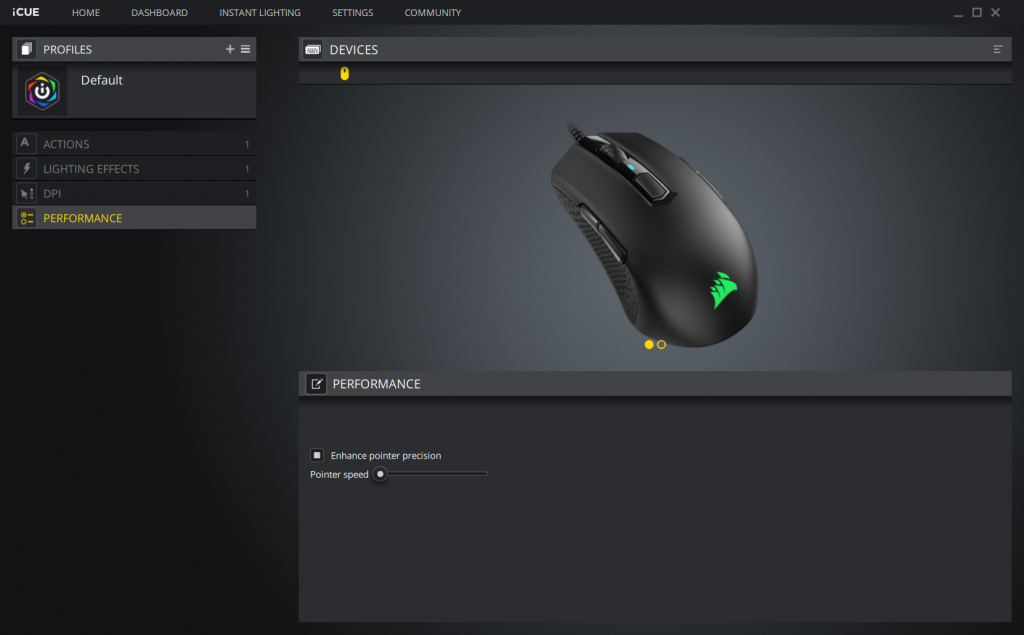 Firing up Quake III Arena, an older game but one which requires dead accurate aim, the mouse was mostly a pleasure to use. The position of the buttons meant that they were all within easy reach and viable to use for common tasks such as switching to the rocket launcher. The only real issue was the lift-off distance being too high, which resulted in some close calls. If you’re able to use a large mousepad, such as the Corsair MM250 XL used during this test, you could train yourself to move the mouse further instead of picking up and repositioning.

You are here: Page 5 – Using the Mouse