The Corsair M55 RGB PRO has two thumb buttons on either side. The position allows for easy access with either the thumb or ring finger. Furthermore, they are positioned in such a way that it nearly impossible to click by accident while moving or lifting the mouse. Other than that, the profile selector button is well out of reach of accidental clicks. 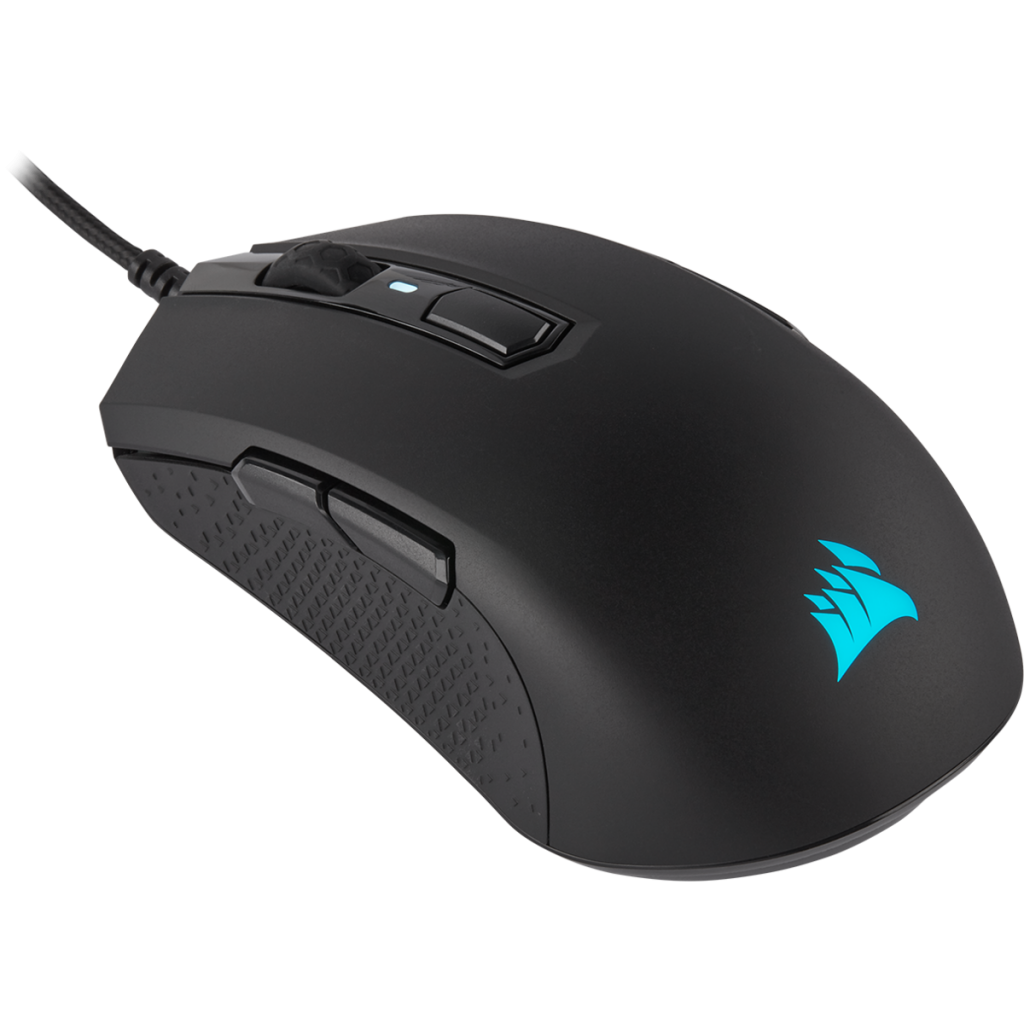 Flipping the unit over, there are three feet. There are two mirrored feet at the top of the mouse and a single, large foot at the bottom. The feet have slightly rounded corners, so they shouldn’t dig into mousepads. A low number of feet often means that a mouse will dig into the mousepad. However, they are big enough to have a surface area large enough for it not to be a concern. Replacement feet are not included, so should they ever wear out you will need to consider third party replacements.

Lighting is limited, with the Corsair logo towards the bottom of the shell being the only real RGB zone. The second zone isn’t a lighting zone in the traditional sense. Rather, the CPI indicator LED is fully RGB, although you can’t apply effects. As such, the mouse should rather be considered as having a single RGB zone.