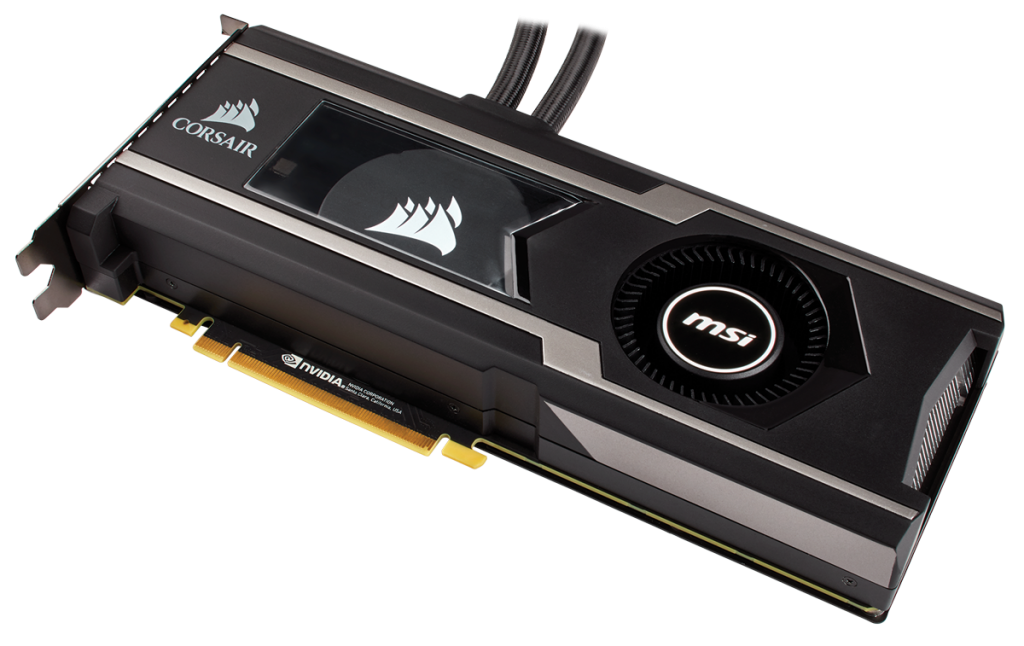 Developed in partnership with the expert graphics team at MSI, the Hydro GFX GTX 1080 Ti is powered by the NVIDIA GeForce GTX 1080 Ti, the most advanced NVIDIA GeForce GPU ever made. Boasting an irresponsible level of graphics processing performance, the GTX 1080 Ti features 11GB of GDDR5X memory, 3,584 CUDA Cores and a massive 352-bit memory bus, allowing it to drive today’s most demanding games and graphics applications at not just ultra-detail settings and high frame-rates, but stunning 4K resolution; it’s the ultimate GeForce GPU for PC enthusiasts who demand nothing but the best. The Hydro GFX GTX 1080 Ti pushes that performance even further, with a factory overclocked GPU core frequency of 1,506 MHz, boost frequency of 1,620 MHz and a memory frequency of 11,124 MHz, squeezing every frame per second, polygon and pixel out of the GTX 1080 Ti GPU. 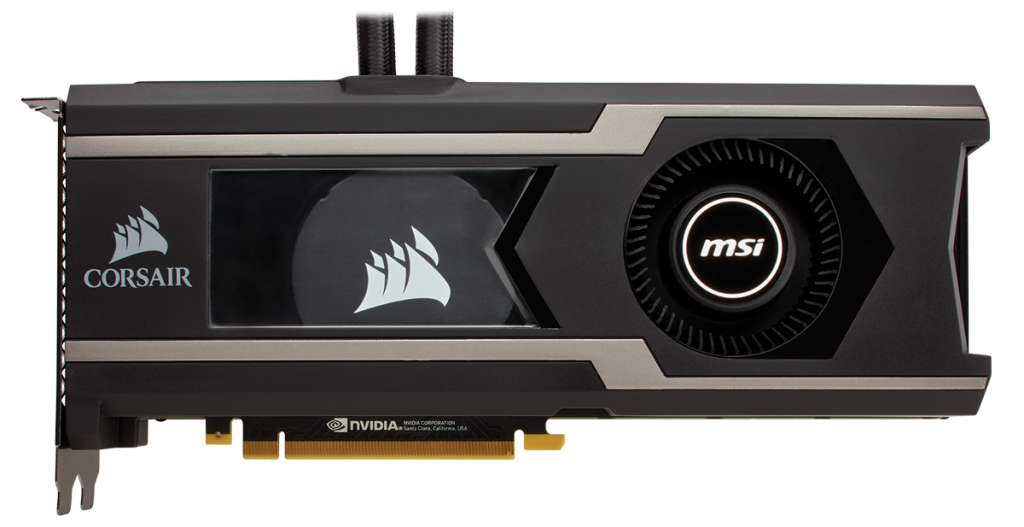 The improvements aren’t just in MHz; with the Hydro GFX GTX 1080 Ti, CORSAIR takes NVIDIA’s best, and makes it better. By equipping the GPU with a CORSAIR Hydro Series H55 liquid cooler, the heat produced by the GTX 1080 Ti GPU is efficiently channeled away by a micro-fin copper base to a 120mm radiator, allowing heat to be rapidly dissipated and exhausted out of your PC rather than build up inside. The result is up to 50 percent lower GPU temperatures, which in turn allows the Hydro GFX GTX 1080 Ti to boost its GPU clock speeds higher for longer, producing up to ten percent faster performance versus a stock GTX 1080 Ti. What’s more, with simple installation into most 120mm case fan mounts, the Hydro GFX GTX 1080 Ti and its radiator are easy to fit into almost any PC case.

To cool the fastest GeForce GPU ever, CORSAIR selected its most advanced 120mm cooling fan, the ML120 LED. CORSAIR ML Series fans harness magnetic levitation technology to physically suspend the fan rotor away from the fan motor when in operation. This greatly reduces friction and fan noise, allowing the Hydro GFX GTX 1080 Ti to run cool while the ML120 spins at incredibly low noise levels, even with the GPU at full load. What’s more, with 4-pin PWM fan control and a 400-2,400 RPM range, you can tweak and tune the Hydro GFX GTX 1080 Ti’s cooling to suit your system – cool and quiet, or maximum airflow for the lowest temperatures and highest overclocks. 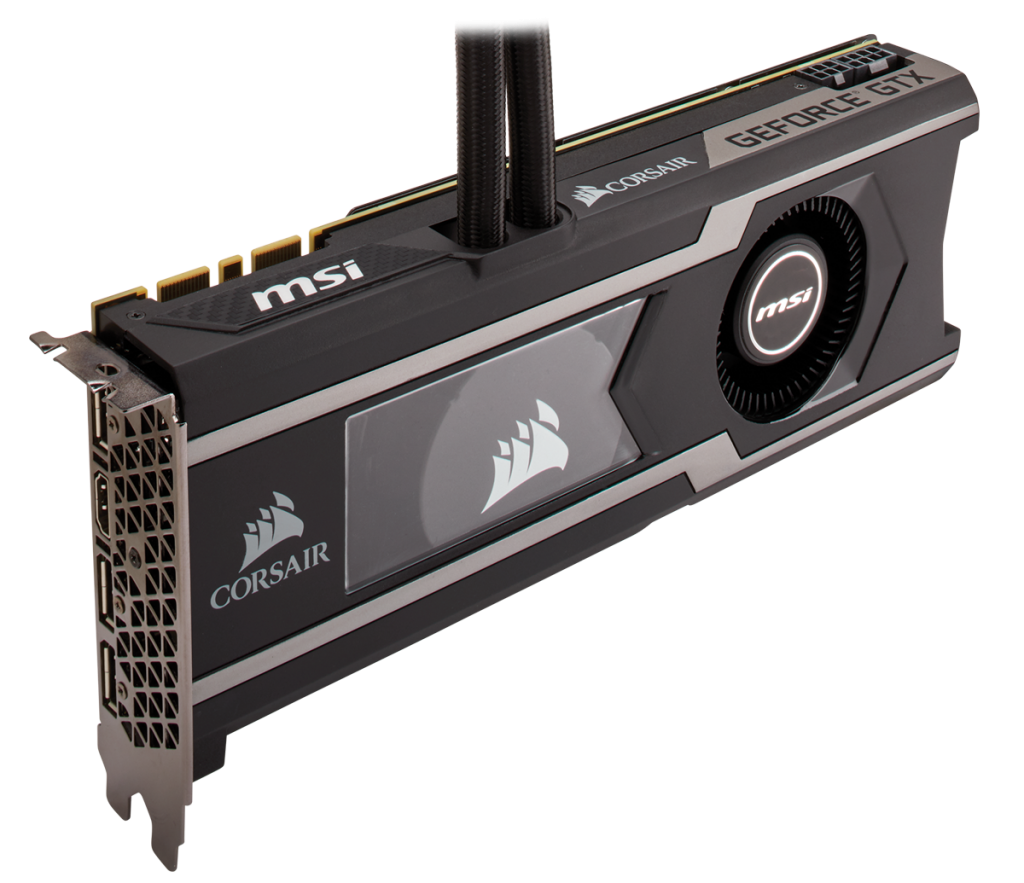