Assassin’s Creed:Odyssey remains one of the more demanding games of this generation when using the ultra high preset. This is one of those occasions spoken of previously where the RX 5700 XT can match the otherwise always superior RTX 2080 Super at FHD & QHD settings. The Aorus card packs a punch here and should be more than playable at the ultrawide 3440×1440 resolution, 4K however proves to be a bit too much for the card. 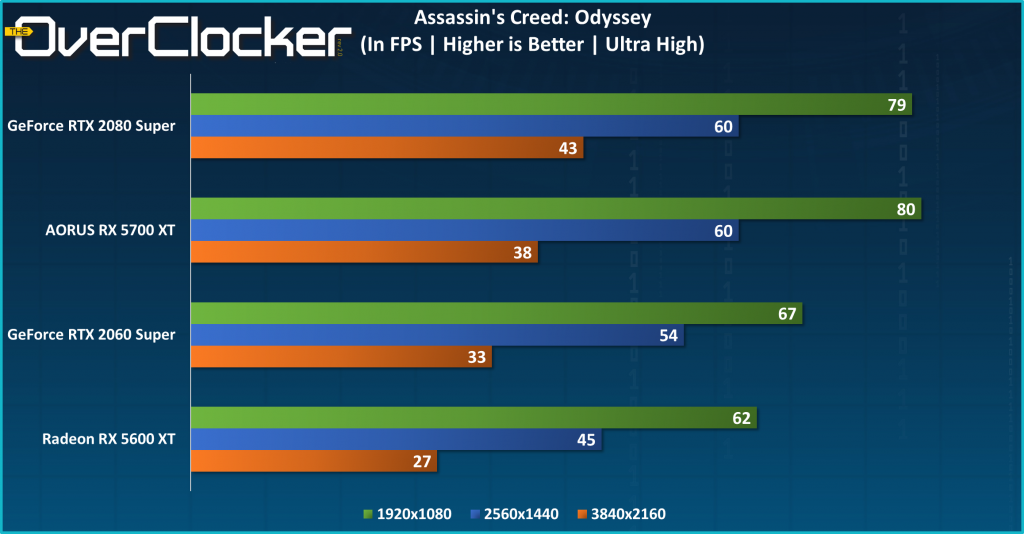 Metros Exodus much like all the Metro games before is heavy for it’s generation of hardware. While not represented here, even the mighty 2080 Ti cannot produce high frame rates with Ray-tracing on at any resolution higher than FHD. The results below are with DXR disabled, in which case even 3440×1440 would be playable with the RX 5700 XT. 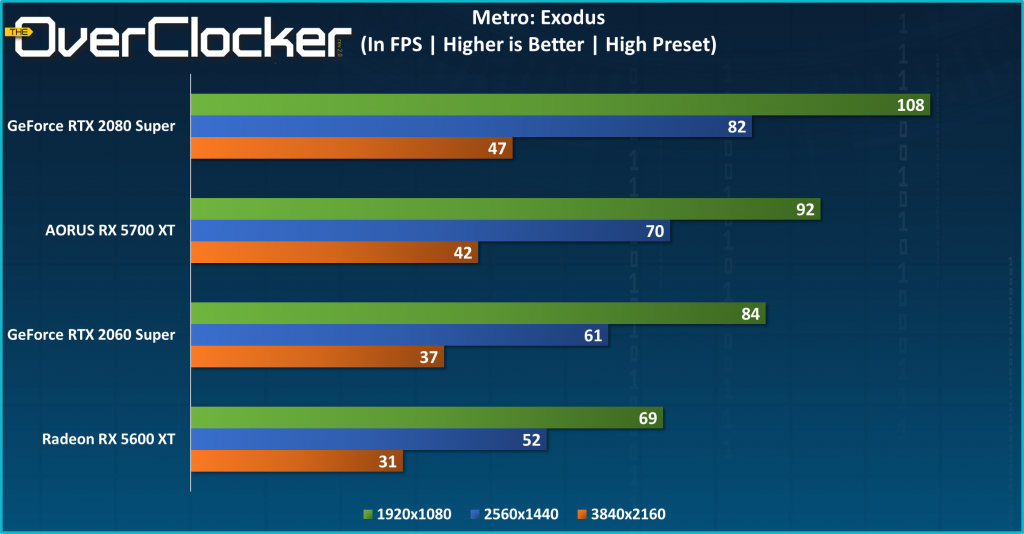 AMD has promised DXR features in their next iteration of RDNA GPUs and NVIDIA is also set to improve the DXR performance significantly with Ampere. At such a time, one may start testing with these features enabled, but until then it’s DXR off for Metro.