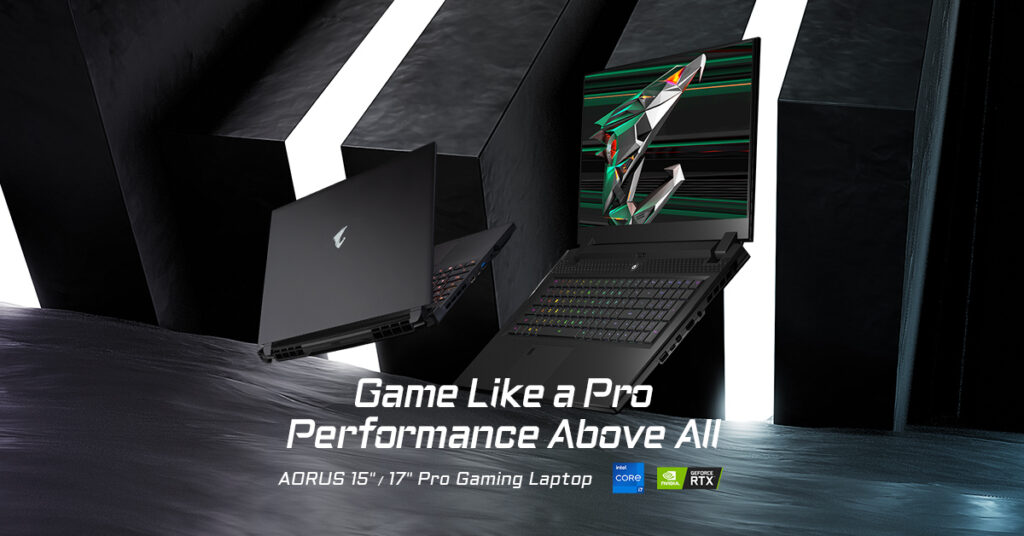 GIGABYTE, the leading brand of personal computers, is presenting AORUS 15P, AORUS 17G, and the limited-edition flagship model, AORUS 17X, of the AORUS Pro Gaming laptop series today with 11th generation Intel processor. “Performance Above All” is the theme of this round of gaming laptops. Equipped with the Intel 45W 8-core H-series processor, unlike the H35 6-core version released early this year, the new CPU is on a totally different level, with a significant growth of 25%[1] in performance compared to the previous model. Paired with the full power version RTX 30 series laptop GPUs along with the 3rd generation Max-Q technologies such as Resizable BAR and Dynamic Boost 2.0 for intelligent system config optimization, plus the exclusive WINDFORCE Infinity cooling design, the new AORUS Pro gaming laptops are geared for ultimate performance. Upgraded with the 360Hz panel and OMRON true mechanical keyboard, AORUS pro gaming laptops offer hardcore gamers an exquisite all-round playing experience from visuals, tactile feedback, and performance. 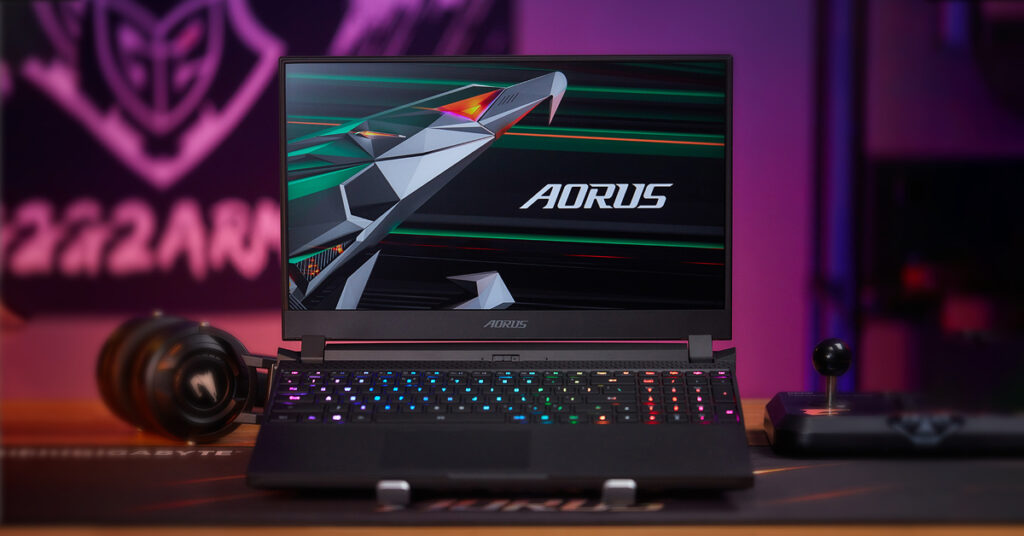 The AORUS 15P gaming laptop is equipped with the 45W Intel Core i7-11800H with 8 cores and 16 threads, and the top grade RTX 30 series (up to 130W) laptop GPUs. Inside the thin sleek chassis, the exclusive WINDFORCE Infinity cooling design is optimized by thickening the pipes and hence the overall GPU performance increased by 30%[1] compared to the previous generation. Plus the Full HD 360Hz panel makes for the ultimate immersive gaming experience, the next-gen tech is 100% unleashed throughout every part of the machine.

The new upgrades support the latest specifications, including DDR4 3200, Thunderbolt 4, and PCIe Gen 4.0. The transmission bandwidth of PCIe Gen 4.0 SSD doubles the capacity of Gen 3.0, resulting in faster reading speed to deal with the ever-increasing game files. AORUS laptops support the latest HDMI 2.1 4K@120Hz video output, allowing players to enjoy the most exhilarating gaming experience with a large screen, high resolution, and no afterimages. 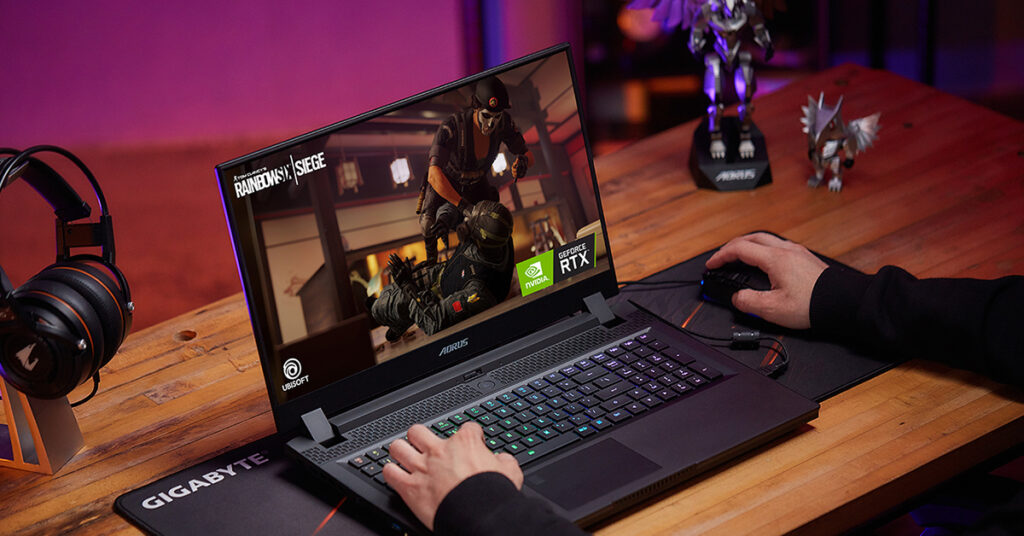 As we entered the fourth year of cooperation between AORUS and the international renowned G2 Esports, the collaboration takes AORUS 17G to all new performance heights. AORUS 17G not only got a performance upgrade to satisfy the high standards of professional players, but also features the Full HD 300Hz gaming panel, as the high refresh rate effectively eliminates all afterimages and brings unmatched advantages to players in fps games like CS:GO. Omron’s mechanical keyboard switch has preserved the solid blue switch tactile feedback and is able to be embedded in AOURS 17G’s light and thin chassis thanks to its minimized size. Having a shorter actuation point, the input is faster, assisting players in terms of speed and consistency. AORUS aims to enhance the e-sport players’ total game experience by ensuring integrated power and speed from system performance to visual display and the tactile response to give players the edge. 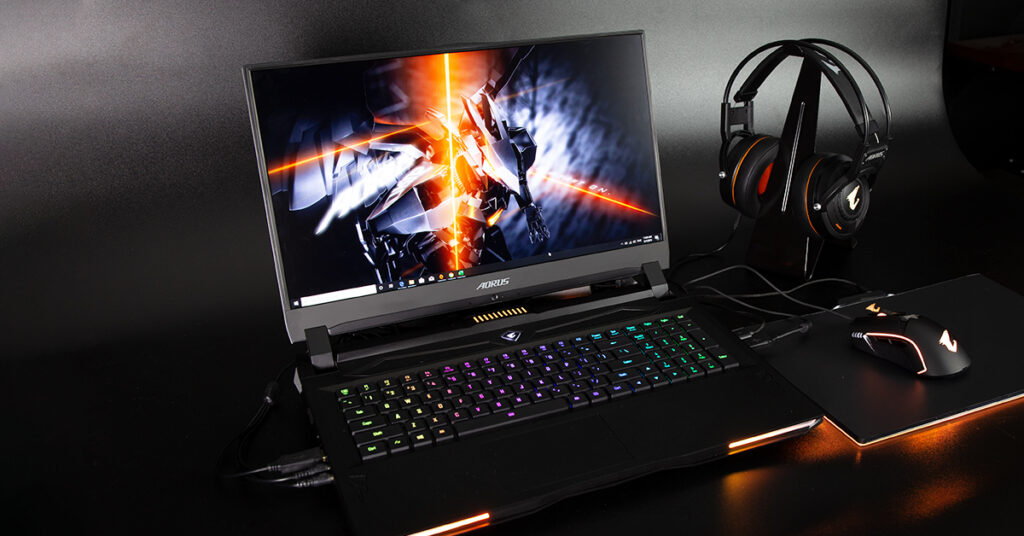 The flagship model AORUS 17X is on its limited return as the new generation of processors and graphics cards are released. Amidst the trend of thinness and lightness in the laptop market, AORUS 17X went thicker as it was designed to increase thermal performance and put performance above all. To unleash the full potential of the overclockable Core i9-11980HK and RTX 3080 with maximum graphics power of 165W, it is equipped with the exclusive WINDFORCE Infinity thermal system plus the ultimate cooling component – Vapor Chamber, increasing the cooling ability by 37%. In addition to the mechanical keyboard and the speedy 300Hz panel, it also has a built-in 2.1 channel speaker and ESS Sabre DAC, bringing Hi-Res optimum sound quality with no loss. With limited quantities, its sales are exclusive in certain countries only, if you’re an AORUS fan, don’t miss chance to own the flagship model.

As of today, GIGABYTE AORUS laptops with Intel’s 11th Gen CPU series are officially on sale at the designated channels.