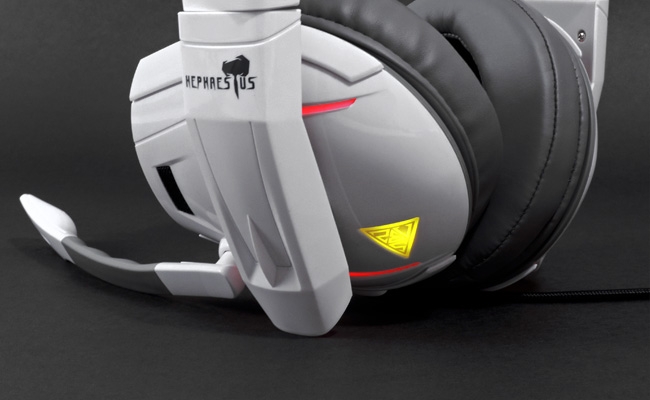 Gamdias is a company that specializes in gaming accessories, very futuristic looking gaming accessories from mice to keyboards that are all named after Greek gods. Hephaestus, the blacksmith of the Olympian world, is the newest line of gaming headphones to come out of Gamdias, and they are something to behold.

The Hephaestus set of headphones is particularly futuristic, with lots of functionless lines and two huge fake vents coming off the ear cups, the headset looks more like a spaceship than headphones. If that wasn’t enough, the headphones also have built-in LED lights so you look like you’ve activated your warp drive while you game…and it’s totally AWESOME! (Unless, of course, you want to use them in public) 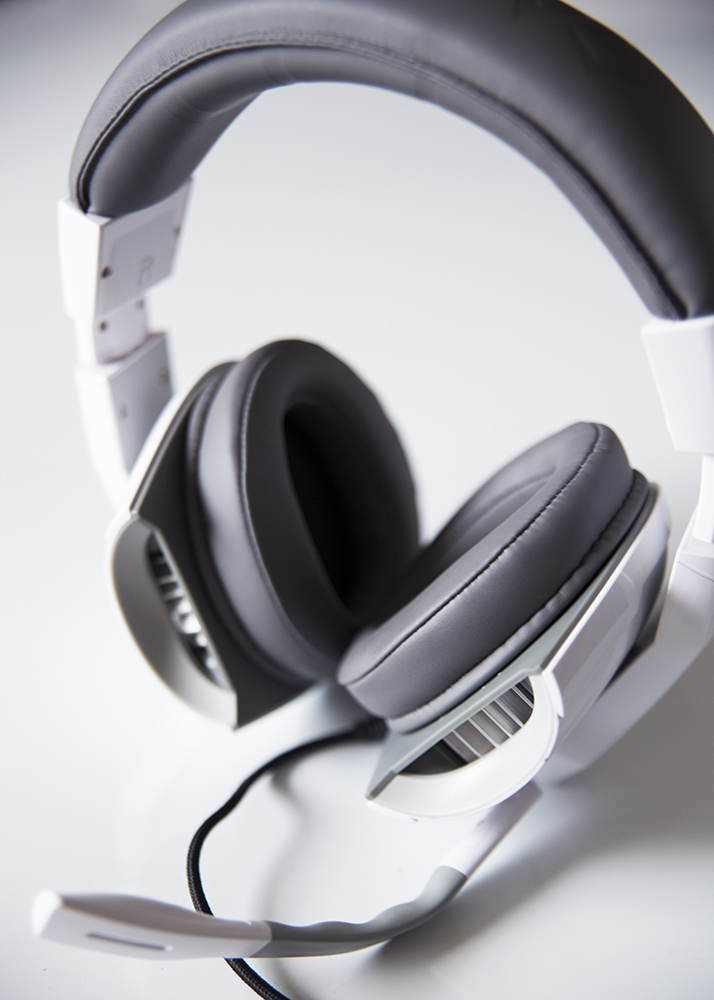 The coolest part though, and the main reason anyone will want these headphones, is the surround sound vibration. That’s right, these headphones vibrate based on the sound coming through, meaning you can hear and feel which direction someone is sneaking up behind you, or where explosions are coming from in games. This is a pretty cool effect for movies too! You can turn it off also, if you want to listen to music although the feeling is pretty nice with music too.

The cups and band are made out of what appears to be leather, but could very well not be the real deal. Regardless, the materials are somewhat stiff and don’t really form to the ear well, making them a little difficult to wear for long periods of time.

Ok, But Again, How Do They Sound?

Well, here’s the thing. That vibration part is really cool right?? And they are super pretty…

Fine. The sound is fairly muffled and flat, with a lot of loud noise coming through, but none of that rounded beautiful detail. The headphones would be fine for gaming as there isn’t usually a lot of richness or variety in the sound, but for other media activities, these headphones won’t always cut it.

Which is a shame, because the specs look fairly good on paper:

What Else Do I Get?!

The Hephaestus Headphones come with all of its accessories attached, which means the remote and mic are permanent, which are both a plus and a minus. I mean it’s nice to not lose pieces here and there, but the remote is somewhat cumbersome and it would be nice to remove it when not using it.

The mic is also quite nice-looking as far as design goes. Even though it doesn’t come off, it does rotate up and out of the way. Also, can be adjusted to some degree so you can position it where you want. 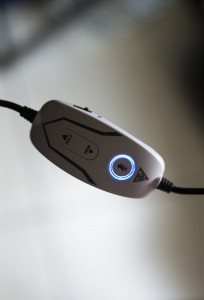 How Do I Fly This Thing?

One thing I really like about these headphones is that they use a USB connector instead of having two lines for input and output. Since these aren’t really suitable for portable devices, the USB is a great choice and makes it really convenient. While there is software you can download, I didn’t need any of it to get them working.

The Hephaestus headphones are made specifically for gaming, so we need to review them as such. But when there are so many alternatives out there, it is hard to stay objective. The headphones look really cool if you are into that futuristic style (which I totally am), and the surround vibration system is a pretty new and fun concept. But most of us wouldn’t dish out money for mediocre sound and limited usability, and there are other vibrating gaming headsets on the market with similar sound and at a lower price than the $94 USD your looking to dish out here.