Alright, below we have the default CPU settings temperature readings (HWInfo64). As expected, the Aqua 280 results are better than those of the Prism cooler. Usually, usually the difference in idle temperatures isn’t that dramatic, but even after repeated (timely) testing, the Aqua 280 is for sure up to 4’C cooler at idle. 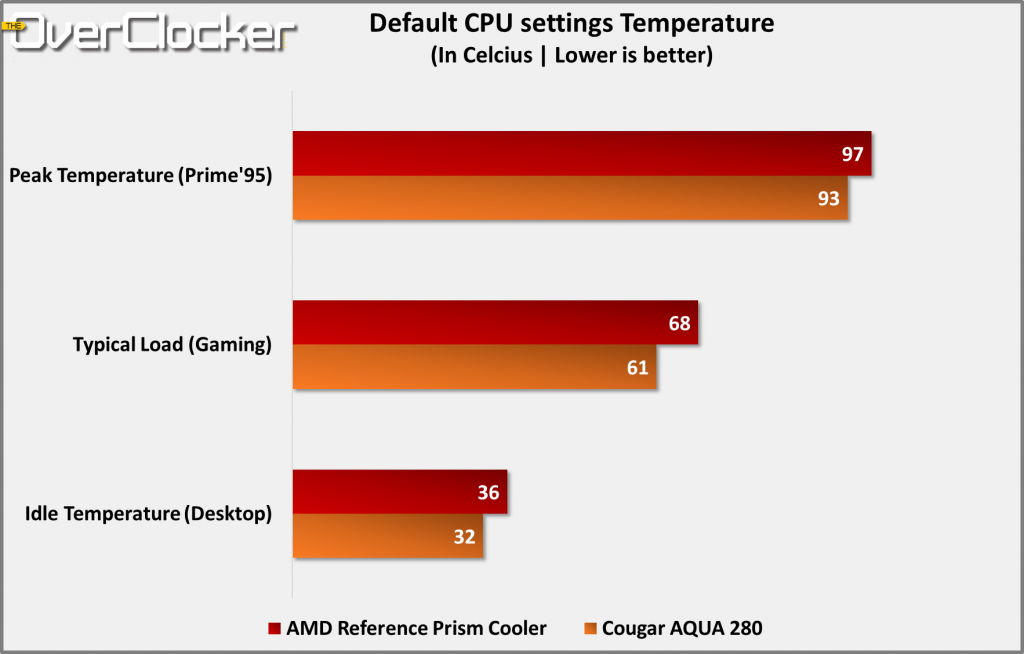 Usually when we test CPU stability and overclocks, we resort to programs and applications that load the CPU in ways our games rarely ever do. As such, while both coolers couldn’t keep the temperature under 90’C for Prime’95, normal or typical gaming scenarios see far more sensible figures with even the Prism cooler topping out at 68’C. The Aqua 280 though extends the lead it already had by coming in at 7’C lower. I would say this is in line with the expected margin between the two coolers. 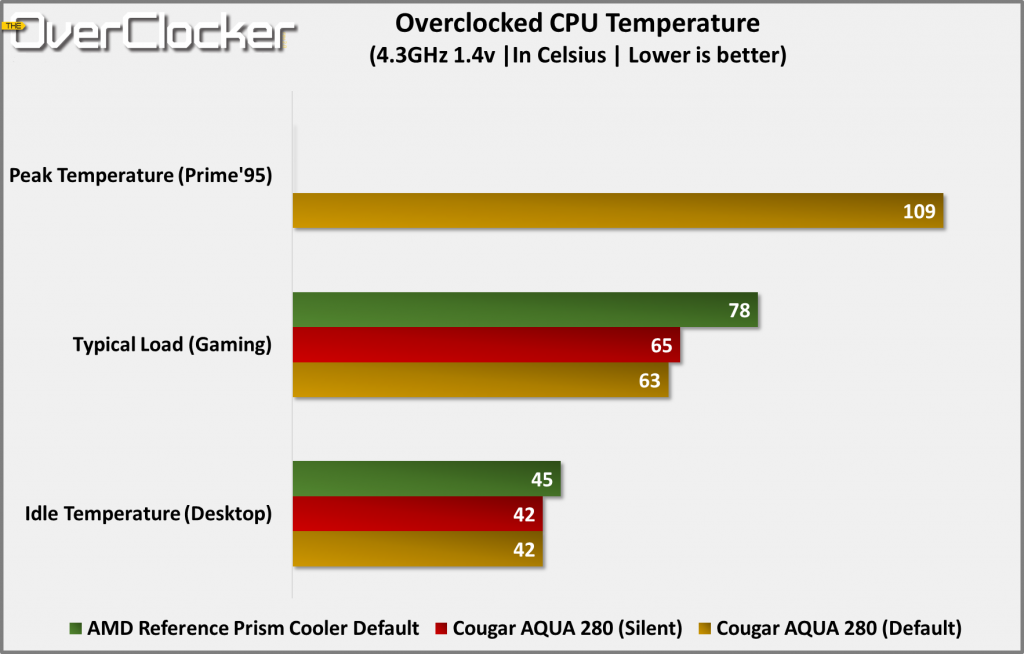 For the overclocked settings, I chose a high CPU voltage (0.1v more than necessary; ROG CHVIII Impact – LLC5) of 1.4v in order to stress the coolers within reasonable limits. As per the numbers, the difference between silent and standard/default mode (set via ROG UEFI in Q-fan settings) for the Cougar unit is negligible, however right at the edge it does just enough to stay beneath the thermal shutdown point at a scorching 109’C.

As expected, the overclocked settings flash out the disparity in capability between the AMD Prism cooler and the Cougar Aqua 280. Outside the context and confines of such deliberate testing, the Aqua 280 actually allows the Ryzen 7 3800X to run at the CPU’s max 4.4GHz with full stability, barring Prime95 (AVX). Are the AIO units that allow full stability with Prime’95 on this CPU? Yes, there are, for example – the discontinued EK-MLC Phoenix 360 AIO. However, that unit had a $275 price tag.

You are here: Page 4 – Performance