This board is not meant for overclocking. That is the first thing that must be clear. ASRock has a tradition of making some legendary overclocking and high performance boards, but this isn’t one of them. That said, the overclocking pedigree still comes through, as this motherboard despite it’s market positioning exceeded expectations. As stated earlier the official QVL has no support for DRAM higher than 3,600MT/s, but here was are at 3,800 knocking out some incredible numbers. Getting a screenshot to show the frequency is one thing, but to have it be usable though is something else. On the B450M Steel Legend, not only was this usable but just as tweak friendly as on any other board costing up to four times as much if not more. 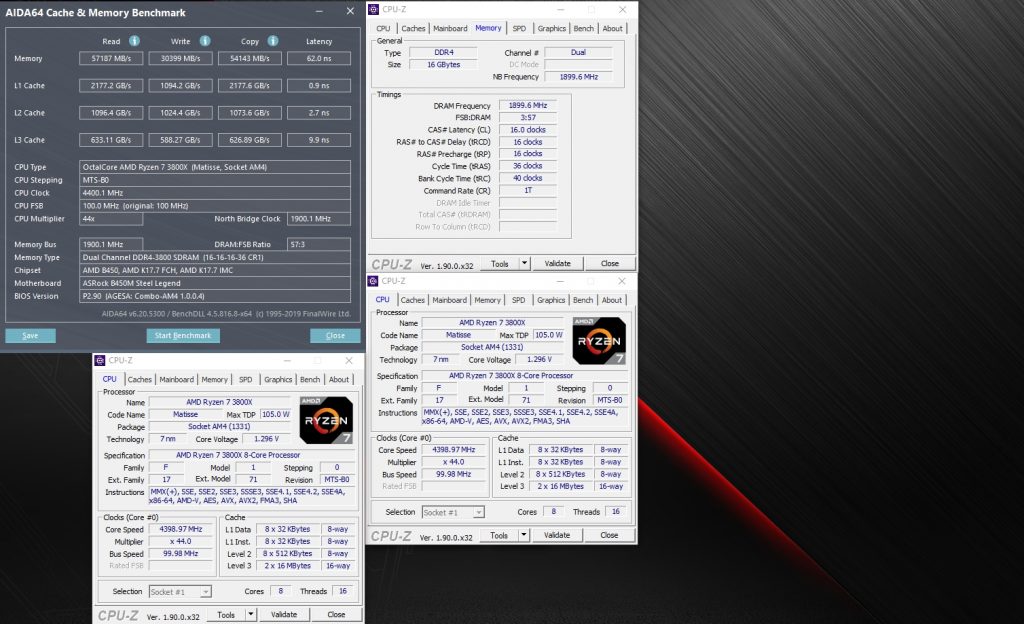 The only downside here or limitation with overclocking on this board was the supported DRAM voltage. It tops out at 1.4V which isn’t much at all especially when using B-die based memory. Not an issue as these are increasingly harder to find, but I can almost assure you that if this board could provide even 1.45v the performance figures would have even been better. Still, for one to be having this discussion in the context of such a motherboard is nothing short of impressive. This is the single biggest reason I have grown fond of this motherboard. It truly beyond over and above expectations. simply incredible at this price.

You are here: Page 7 – Overclocking